Uber Eats is adding over 340 Shell forecourt stores across the UK to its platform.

In a win for the delivery company, grocery deliveries from Shell stores were previously handled by rival Deliveroo.

Consumers will have access to more than 750 products, from stores including Little Waitrose, Jamie Oliver Deli and Budgens, including of cigarettes and alcohol.

From Thursday, consumers will be able to order from 183 Shell locations in London, Manchester, and Glasgow, and 158 more stores are set to added to the platform in the coming months.

Over 250 of the forecourts offering Uber deliveries will be open 24 hours.
Uber Eats’ grocery delivery operation has been undergoing rapid growth, reporting 400 per cent growth in the past 12 months.

Competition is heating up in the same-day delivery space; Sainsbury announced yesterday that it is relaunching its same day delivery and click & collect services across nearly 250 stores this week.

The supermarket retailer said that it would continue to roll out the service, adding 100 additional stores by the end of next month.

Consumers are becoming increasingly accustomed to speedy deliveries. The quick commerce channel – which delivers food and groceries to consumers in less than one hour and often sub-30 minutes – is predicted to grow to £3.3 billion in the UK alone according to analyst house IGD.

“As demand for grocery and essential items continues to soar on the Uber Eats app, we’re delighted to bring Shell to the app as an exclusive partner,” said Sunjiv Shah, general manager of Uber Eats in the UK.

“With Uber Eats, we’re able to reach even more customers and expand our delivery services across the UK,” said Bernie Williamson, general manager of retail in the UK at Shell. “We offer our customers convenience on the go and with this new collaboration we can now also offer a wide selection of food and essentials, available for delivery to your door in less than 30 minutes.” 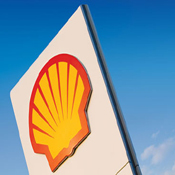 Tesco pledges net-zero on all products by 2050