The future of the High Street, cutting edge in-store technology, new payment methods and trying to keep up with e-commerce giants were among the topics covered at this year’s RetailEXPO.

The two-day conference formerly known as RBTE took place this week, with sessions dominated by tech-niques designed to help retailers - both physical and online - innovate themselves back into firmer financial footing.

Last year’s introduction of the second Payment Services Directive (PSD2) across the EU and Open Banking in the UK has seen challenger and regulatory pressure force banks into improving access to financial data and innovating within payments.

One such incumbent institution is NatWest, whose head of innovation announced a new solution which he promised will reduce charges to retailers by 25 to 50 per cent.

Initially badged as NatWest Pay when piloted on the Carphone Warehouse website, Smyth said the adoption rate reached 46 per cent without any marketing. “People said not to call it NatWest Pay because you don’t have to bank with NatWest to use it, so the question is what do we call it?” he asked, adding that one will be found before and imminent launch.

A panel debating the future of in-store technology revealed different approaches for different sectors, and the point that any new investment needs to actually be solving a problem, rather than tech for the sake of tech.

Emma Jones, European retail operations manager at Mulberry, said that the opening of its flagship store in September gave her team essentially a blank slate to improve the customer and employee experience.

“We wanted a seamless, subtle PoS install, so there’s no screens or traditional tills, but enough pay points so that staff can complete transactions when required,” she explained, noting that does mean training staff to be able to do everything on the shop floor with no handovers.

“Screens aren’t for us, or our customers – they can easily buy handbags online, so if they’re coming in store, then it’s for the experience.”

Screens are still a big part of McDonald’s tech roll-out, both in-store and at the drive-in. The company’s global deployment director Mark Jessop said that buying Dynamic Yield earlier this year will drive a new personalisation strategy.

“Their AI technology gives us the ability to adapt in-store screen content as the weather changes, to reflect in-store trends, local events and customer personal information if it’s offered.

“We have 68 million people a day come through our restaurants globally, but we haven’t been doing enough to capture all that data – it’s a real lost opportunity,” he continued. “The new mobile app is an opportunity to engage with customers, we’re only getting started with that though, so as our marketing teams learn how to use it best I’m sure we’ll improve personalisation and the store experience.”

Duncan Clapman, retail technologist for Esprit Digital, agreed that utilising AI to make screen content more relevant – reflecting the time, day, mood, etc – is one of the best uses of data, along with the “undervalued tools” of voice and location search by stores.

He added that tech solutions really have to solve an actual issue for retailers. “Far too many in-store digital transformations are just big screens playing content on a loop.”

Elsewhere at the event, Lego’s vice president of global retail development Simone Sweeney, said the company’s store estate is “surprisingly profitable”, noting that the investment is not coming at the cost of the commercial, but is actually fuelling it.

“That is one of the differences we are seeing now in this new world of bricks and mortar versus an e-commerce-based retail experience, it is almost counterintuitive to what we are hearing.”

Lego has invested in experience-led flagship stores to drive footfall, with initiatives including midnight openings for product launches and a ‘mosaic maker’, which takes a picture of a customer and then produces a box with 3,000 component parts, so they can make themselves out of Lego.

“Yes [viewing a product] is a customer need, but what is the solution? Going to a store and trying it on, the solution is going to a brick and mortar store, not spending hundreds of dollars on a VR headset.”

Sharing the same panel was eBay Europe’s head of mobile engagement Thomas Elkins, who cited StubHub as an example of a company putting virtual reality to good use. The ticket resale platform used affordable VR solution Google Cardboard to allow people to experience the view they would receive from their seats.

Pizza Hut Digital Ventures chief e-commerce officer Angela Cearns agreed that there are lots of “shiny objects” that can distract retailers from innovating around the basics.

The rush to compete with Amazon over the last mile and cash in on events like Black Friday are causing many retailers logistics headaches.

Keeping up with the e-commerce giant’s next and same day delivery, one-hour time slots and even its robot and drone pilots has led to brands with less scale making promises they can’t keep.

AO bought a logistics business to try an innovate in-house, but AO Business’ managing director Anthony Sant admitted that in the end, nominated days was the most popular option. “Also, when it comes to same day, companies who offer two-hour slots rarely meet their targets, leading to unhappy customers – give a promise you can actually meet.”

Mamas & Papas chief information officer Chris Greenwood said that with its customers, many orders are placed months in advance of delivery, to coincide with certain stages of the pregnancy lifecycle. Therefore the challenge is communicating with the customer on the day of the order.

“That is where our investment has gone, into influencing carriers to deliver what we want,” he said. “Be innovative, yes, but also be practical and speak with your carriers on a regular basis, don’t let them run the show – I don’t think we will ever get to same day delivery.”

The big guns took on the biggest issue of the day, denying the much-reported ‘death of the High Street’, but admitting that reform and reinvention is required to stave off more store closures and job losses.

“Black Friday was created by bricks and mortar retailers, how dumb is that?” he stated. “Maybe not reloading the gun and shooting our feet as quickly as we have sometimes before would be a good idea,” he suggested, adding: “The industry has got to stop inflicting pain on itself.”

King said he had a “bullish view” of the future of retail, citing businesses that have endured for decades, such as Marks and Spencer and John Lewis. “Business have been able to reinvent themselves time and time again through periods of very significant change, at least as challenging as today.”

On a panel specifically tasked with finding solutions to save the High Street, British Retail Consortium (BRC) chief executive Helen Dickinson blamed politicians for their inaction on the key issues impacting retailers.

“Brexit is sucking the life out of the machine of government – in the time I’ve been lobbying ministers, the quality of engagement and interaction has steadily decreased,” she stated, while also picking up the BRC’s lobbying point of high Business Rates pushing companies to the brink.

Nick Johnson, co-founder of Market Operations and an experienced regeneration developer, argued that overheads and costs are getting in the way of rebuilding the country’s High Streets.

“Just look at the number of blue chip retailers going for CVAs as a demonstration of the extent of this problem,” he said, adding that there are competing pressures on local councils to help retailers while staying solvent and spending on more critical things.

James Lowman, chief executive of the Association of Convenience Stores, agreed that councils are “not being bold enough with structural change”, improving access via public transport and free parking for instance. “When rates are based on valuations, it penalises innovation, as any improvements that increase the value of your store, increase the rates you pay,” he pointed out. 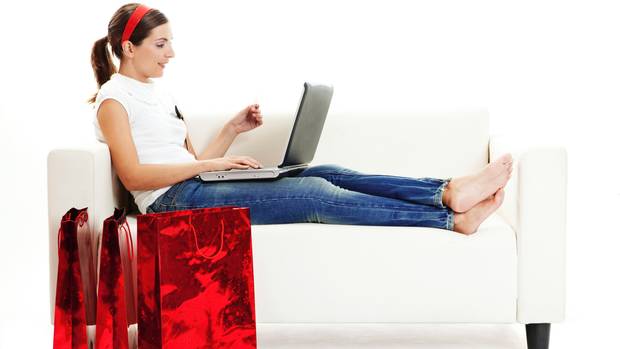