Tesco’s interim results have revealed its mixed fortunes during the Coronavirus crisis, with food sales up 9.2 per cent, while clothing was down 17.2 per cent.

The supermarket chain’s headline group sales increased by more than six per cent at £26.7 billion, with core UK and Ireland sales rising 8.6 per cent to £24.3 billion.

Group operating profit fell by 15.8 per cent year-on-year to £1.03 billion. The company also reported a £533 million hit from COVID lockdown costs, but stated that this was offset by the business rates holiday during the first half of the year.

Online delivery capacity had had to more than double to reach 1.5 million slots a week.

Elsewhere, Tesco’s £8.2 billion sale of its Thai and Malaysian businesses was approved by shareholders in May, with regulatory approval and completion expected by the end of the calendar year, to be followed immediately by shareholder meeting to approve a circa £5 billion capital return and £2.5 billion one-off contribution to eliminate pension funding deficits.

The sale of its Polish business to Salling Group was also agreed in June, with completion expected in Spring 2021.

Imran Nawaz is set to join the board as chief financial officer in April, moving from the same position at Tate & Lyle to replace Alan Stewart, who announced his resignation in June.

This is the first appointment of new chief executive Ken Murphy’s reign.

Murphy commented: “The first half of this year has tested our business in ways we had never imagined, and our colleagues have risen brilliantly to every challenge, acting in the best interests of our customers and local communities throughout.

“Tesco is a great business with many strategic advantages – I'm excited by the range of opportunities we have to use those advantages to create further value for our customers and, in doing so, create value for all of our other stakeholders.”

Due to continued investment “in increasingly challenging times”, the business expects a broadly even balance to the year in terms of first half and second half retail profitability.

“Whilst significant uncertainties remain, we now expect retail operating profit in the current year to be at least the same level as 2019/20 on a continuing operations basis,” read the report. “We continue to expect to report a loss for the bank of between £175 million and £200 million for the 2020/21 financial year.” 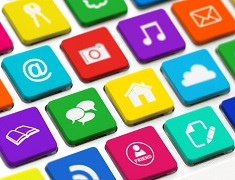