The volume of retail sales increased by 13.9 per cent in June compared to May as non-food and fuel stores continued their recovery from the sharp falls experienced since the start of the pandemic.

The latest Office for National Statistics (ONS) figures showed that the last two months of rising sales have brought total sales to a similar level as before COVID-19 hit, although there is a mixed picture in different store types.

In June, while non-food stores and fuel sales showed strong monthly growth in the volume of sales at 45.5 per cent and 21.5 per cent respectively, levels have still not recovered from the sharp falls experienced in March and April.

In the three months to June, the volume of sales decreased by 9.5 per cent when compared with the previous three months, with declines across all store types except food stores and non-store retailing.

The amount of money spent online has increased at a fast pace since before lockdown, up by 61.9 per cent in June when compared with February, indicating that consumers have shifted to online spending during lockdown.

Non-food stores have seen continued strong growth in online spending since the beginning of the year. The ONS stated that feedback from retailers suggested that lockdown measures had encouraged them to diversify and trade online during lockdown.

As a proportion of total retailing, the amount of money spent online has reached 31.8 per cent in June.

Department stores showed the smallest decline with the biggest increase in online sales – store sales fell by 28.3 per cent, while online sales increased by 111.3 per cent.

Textile, clothing and footwear stores showed the sharpest decline in total sales at negative 34.9 per cent. This was because of a combination of a large fall within stores at negative 50.8 per cent, along with a slower uptake in online sales – up 26.8 per cent from February.

“Our latest research shows this online growth is a lasting trend - consumer companies should continue to embrace the opportunity and build capacity to meet demand - this will enable them to gain sales now and in the future.

“Business leaders should focus on reshaping their portfolios so that they are relevant to the evolving consumer, providing digital customer journeys that reflect the way consumers will behave and creating the transparency needed to secure consumer trust,” she added. 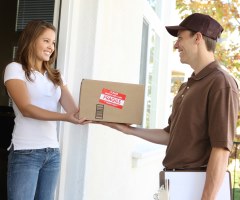