Walmart has partnered with Microsoft to bid for the US operations of TikTok, potentially worth between $20 billion and $30 billion.

The US retail giant is looking to keep up with Amazon’s e-commerce might, and sees a deal for the video-sharing social media app as one way to target a younger demographic.

The Trump White House’s ongoing trade war with China has forced ByteDance, TikTok’s Beijing-based parent company, to seek a sale of its North American business to a US company within 90 days or face being shut down. The president has accused the video app’s alleged links to the Chinese state of threatening national security – something which it has repeatedly denied.

Two weeks after Trump signed the executive order which threatened TikTok and other Chinese apps operating in the US, it confirmed this week that it will sue the White House.

"To be clear, we far prefer constructive dialogue over litigation, but with the executive order threatening to bring a ban on our US operations - eliminating the creation of 10,000 American jobs and irreparably harming the millions of Americans who turn to this app for entertainment, connection, and legitimate livelihoods that are vital especially during the pandemic - we simply have no choice,” read a statement on Monday.

As for the sale, Walmart stated: “We are confident that a Walmart and Microsoft partnership would meet both the expectations of US TikTok users while satisfying the concerns of US government regulators.”

Walmart already works with Microsoft, using its Azure cloud platform. The tech giant was the first to confirm its interest in buying TikTok, holding talks with the president at the start of August.

Rival bidders for TikTok’s business in the US, Canada, Australia and New Zealand also include Oracle, which has partnered with a group of US investors including General Atlantic and Sequoia Capital.

In a move to appease US lawmakers and investors, TikTok appointed former Disney executive Kevin Mayer as chief executive two months ago – but this week he announced his resignation from the post. 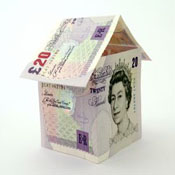