The new feature will allow companies to offer up to 50 products for sale on their profile and will be free to use.

The move comes as many social media platforms look to implement e-commerce features.

In August, Shopify expanded its relationship with TikTok to bring shopping tabs and product discovery to the video-sharing social network.

When users go to the profile of a merchant that has Twitter Shops enabled, they’ll see a “View shop” button just above their Tweets.

When they tap the button, it will open that merchant’s shop, where they can scroll through items.

Users can then click on their choice of product which will open an in-app browser where you can learn more about the product and checkout on the merchant’s website.

Merchants currently set-up on Twitter’s new platform include Verizon, All I Do Is Cook, Arden Cove, Gay Pride Apparel, and Latin in Power.

Over $17.7 billion will be spent annually on social apps by 2025 according to a report by mobile data and analytics firm App Annie released in September 2021.

The firm predicted annual spending in the market to grow by roughly 30 per cent every year, up from $1.2 billion in 2020.

“People are already talking about products on Twitter,” said a Twitter spokesperson. “We want Twitter Shops to be the home for merchants on Twitter where they can intentionally curate a catalog of products for their Twitter audience and build upon the product discussions already happening on our service by giving shoppers a point of action where a conversation can become a purchase.”

They added: “ As we continue to test, we’ll explore how to make Shops more discoverable; adding new ways for merchants to tell their brand story through their Shops; expanding the number of products merchants can showcase, and bringing Twitter Shops to more merchants and more people.” 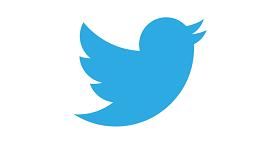