Meta ‘won’t be successful’ in the metaverse, says ex-Nintendo boss

The former president and chief operating officer of Nintendo has said that he does not buy into the idea that Meta – formerly Facebook – will be successful in the metaverse.

Reggie-Fils Aime told Bloomberg journalist Emily Chang that he believes the metaverse is the cloud of five years ago and the internet of 20 years ago at an event in Austin, Texas.

“I don’t think that their current definition is going to be successful,” he said. “Because first … you have to admit that Facebook itself is not an innovative company … they have either a acquired really interesting things like Oculus, Instagram, or they’ve been a fast follower of other people’s ideas.”

Aime added that the company was not inherently innovative, other than the “very original” social platform that was “created many years ago”.

“I believe in order to be innovative you really need to be thinking about the consumer first, and I don’t think they do,” said the ex-president. “I think they think about advertising revenue first because that’s 98 per cent of their revenue.”

The former Nintendo executive also said that the company doesn’t have a great history with physical products.

“The last number I saw – not just Occulus – but in total, about 20 million VR devices have been sold,” he said. “I’m much more of a believer in AR.

“I think the idea of wearing a light set, visuals, glasses and using that at different points in your day… in the end is going to be much more compelling.”

Zara-owner Inditex sees sales soar by more than a third 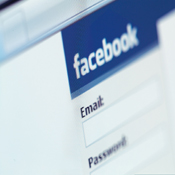 Meta ‘won’t be successful’ in the metaverse, says ex-Nintendo boss