John Lewis has appointed a chief transformation and technology officer, the company has announced.

Zak Mian, who will join the company next week, will be responsible for all technology and transformation change as well as overseeing the teams involved.

John Lewis said that this is the firm’s first executive level appointment focused on transformation and technology.

Commenting on the news Sharon White, partner and chairman of the John Lewis Partnership, said: “I’m delighted that Zak is joining the Partnership. He brings a wealth of experience and an impressive background in business transformation and has a strong sense of purpose, which make him a great fit for the Partnership.”

The move comes after John Lewis announced a pre-tax loss of £99 million for the first six months of the year.

The department store recorded a profit of £69 million during the same period of 2021.

But the business has seen in-store spending rebound compared to last year, which has helped drive the three per cent increase in sales at John Lewis, up to £2.1 billion.

While the organisation says that the shift to online will be permenant, it has seen customers moving their discretionary spending from high margin, big ticket household items to "restaurants and holidays - from dining room furniture to dining out".

John Lewis said that while the outlook is "uniquely uncertain" it thinks it is well placed to navigate ongoing inflationary headwinds. 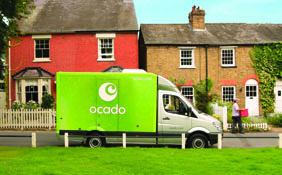