Online sales growth continued to slowly slide in August, falling against July by 4.1 per cent, according to the latest IMRG and Capgemini figures.

While overall sales remained strong - growth was up 43.5 per cent year-on-year - this result dipped below the rolling three-month average of 49.95 per cent.

As the government’s Eat Out to Help Out initiative drove people back to the High Street, the gap between retailer type continued to widen. In spite of rising footfall, multichannel retailers once again outshone their online only counterparts – recording growth of 70.5 per cent year-on-year, compared to 11.4 per cent.

Elsewhere, the relaxation of lockdown and hot weather were reflected in sales at a category level. As in-person social activities and restaurant visits increased, clothing sales were up again by 6.8 per cent year-on-year, compared to last month’s more modest rise of 0.6 per cent.

During a month of sporadic heatwaves, gardening sales also boomed by 286.1 per cent. Meanwhile, footwear sales continued to fall, down 10.7 per cent.

Lucy Gibbs, managing consultant for retail insight at Capgemini, commented that the disrupted seasonal trends, and higher proportion of spend online, has had a disproportionate impact on retailers without diverse product ranges or a strong online offering, and challenges in planning and supply chain.

"With low consumer confidence and ongoing economic uncertainty, the discounting period around Black Friday could prove to be significant to regain sales - as many consumers have now shifted online we can also expect a significant growth in e-commerce during the festive period.”

Andy Mulcahy, strategy and insight director, IMRG, questioned whether with most types of business open again, and people being actively encouraged by the government to return to their offices, "are we starting to see some signs of online and offline sales balancing out again?"

He noted that the evidence has a big caveat as, "while it’s true that the August rate of growth was a bit lower than it had been over the past three months, it doesn’t necessarily mean online growth is slowing down". 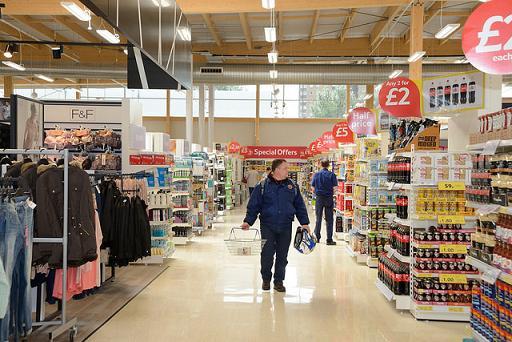