The subscription economy, which grew significantly during the pandemic, is being threatened by the cost-of-living crisis and a return to the High Street, figures from Barclaycard Payments show.

The organisation, which processes £1 in every £3 spent on credit and debit cards in the UK, found that on average businesses which offer subscriptions estimate nearly 36 per cent of their revenue has been generated from these sales over the past 12 months, representing an 11 per cent year-on-year increase.

However, the data reveals that the popularity of subscriptions is declining, with a 5.7 per cent fall in spending in May 2022 in comparison to the same period of last year.

The cost-of-living crisis has also led to seven in 10 Brits to be “more selective” about the subscription services they use.

More than a third - 36 per cent - of consumers say they’ve cancelled at least one subscription because their disposable income has fallen as interest rates and inflation increase, with 31 per cent citing higher prices as a reason why.

“Subscriptions saw huge growth during the pandemic as Brits spent most of their time at home, so it was inevitable this would steady as the economy opened back up,” said Kirsty Morris, managing director, Barclaycard Payments. “Yet, as the rising cost of living continues to squeeze finances, many consumers are re-evaluating their discretionary spending and cutting back on some products and services they no longer deem essential.

“It remains clear however, that consumers still value the ease, convenience and often additional extras they can access through subscriptions; whether that be through digital services, or products delivered regularly to their door. Many retailers adapted quickly during the pandemic to meet changing demands, and those which continue to evolve their subscription offering to respond to this new set of challenges will be best placed to benefit from increased consumer loyalty and satisfaction.” 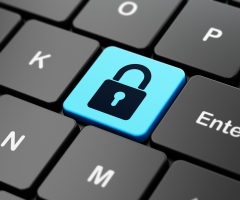