The technology and infrastructure for the project will be delivered in partnership with Dutch beverage firm JDE Peet’s.

The firm said ‘Pret Express’ will operate in locations where Pret baristas aren’t able to operate, such as convenience stores, forecourts, universities, healthcare facilities, and workplaces.

Each station will offer up to 21 drink recipes and will have its own cashless payment terminal.

The service will be initially rolled out in 20 locations across the UK over the next week.

Pret, which has most of its outlets in busy locations on the UK High Street, reported a £256.5 million loss for 2020, as lockdowns impacted its revenues, which fell 58 per cent to £299 million.

However, Pret said last week it aims to double in size during the next five years, and that it intends to open 200 UK shops in the next two years.

“We are excited to be working with JDE Peet’s to launch Pret Express, our first ever self-serve coffee machines,” said Pret A Manger UK trading director Guy Meakin. “This is new territory for Pret, which will allow more people across the country to enjoy Pret’s organic coffee and tea on the go, in places where there isn’t the right space to set up a new Pret shop.”

He added: “Using the latest technology from JDE Peet’s, Pret Express will give people a delicious and convenient coffee boost, at the touch of a button.” 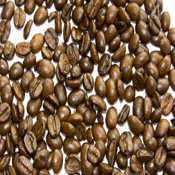