M&S appoints FMCG leader to the board

Marks and Spencer has appointed Fiona Dawson, currently global president of Mars Food, to its board as a non-executive director.

Dawson, who is currently part of Mars’ incorporated leadership team, will begin the appointment on 25 May 2021.

Dawson joined Mars at the beginning of her career on the graduate trainee scheme and has held leadership roles across the company including president of global retail and Mars Chocolate UK and European marketing vice president.

She also has a strong track record in sustainability, health and wellbeing, particularly women’s entrepreneurship and human rights and was the first ever female general manager at Mars UK.

Archie Norman, chairman of M&S said: “We operate a highly engaged board committed to the transformation of M&S, one of the UK's most loved brands, and Fiona is another very strong addition to our team.

“She comes from the Mars school of management and the culture and commercial dynamism that goes with that. She has turned around businesses, run and built factories and understands what is required to drive change. As a former President of the IGD, and through leading a major supplier, she knows the UK and global food retail industry better than anyone. She has operated at the cutting edge of consumer marketing and her background is in growing iconic, heritage brands.”

He added: “Fiona has epitomised the Mars’ culture of driving growth with a strong moral compass. Her focus on coupling societal change with performance, underpinned by a strong corporate culture, make her a superb fit for Marks & Spencer.”

Dawson’s appointment follows on from the arrival as a non-executive director of Evelyn Bourke former CEO of BUPA earlier this year. 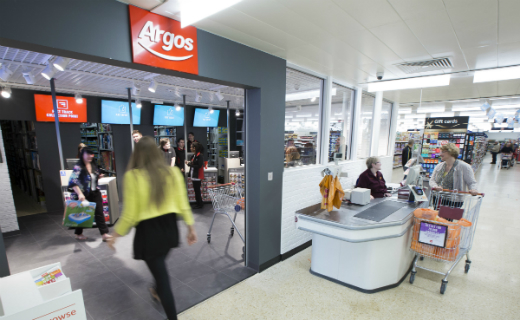