On a total basis, UK retail sales increased by 5.6 per cent in September, against a decline of 0.6 per cent for the same month last year – marking the best growth since December 2009, excluding Easter distortions.

On a like-for-like basis though, sales were down 6.1 per cent from September 2019, when they had decreased 1.3 per cent from the preceding year.

The latest British Retail Consortium (BRC) and KPMG figures revealed that over the three months to September, in-store sales of non-food items declined 12.3 per cent on a total and 9.5 per cent on a like-for-like basis.

BRC chief executive Helen Dickinson said that while September saw a big improvement in retail sales growth, sales over the last six months were still down on the previous year.

“Tighter coronavirus restrictions have continued to hold back clothing and footwear, particularly as the government further restricts social events,” she commented. “With office workers still at home for foreseeable future, the sales of electronics, household goods and home office products have remained high.”

Paul Martin, UK head of retail at KPMG, said that the resilience of British retailers has been nothing shy of remarkable in recent months.

“That said, this month’s uptick is against the woeful performance recorded in September 2019 and so caution remains vital.

“Last year, the prospect of a no-deal Brexit loomed over purchasing decisions dampening demand, but now that same prospect is accompanied by the recent resurgence of COVID-19 numbers – combined, these factors could have a significant impact on retail growth over the next months.” 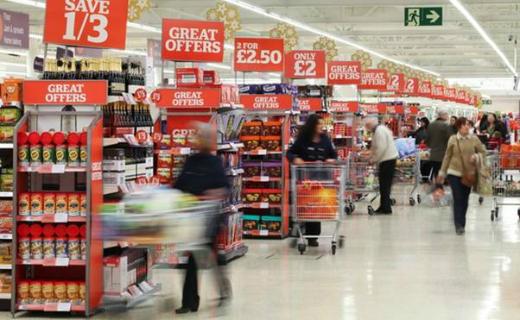 Sainsbury's rolls out mobile scanning to majority of stores